Hammond’s Flycatcher — Monocacy Nature Center, Bethlehem, Northampton County; November 28, 2000. Photos by Dave DeReamus. This bird was originally found by Joe Zajacek and Linda Freedman on November 18th, but could not be positively identified at that time. Ten days later, on November 28th, Linda Freedman refound the bird and sent word out to other birders whom extensively photographed it and recorded its call. Note the ‘teardrop’ behind the eye on the grayish head, the tiny bill, and the olive-colored back. This very cooperative bird was seen by many birders from several states. It was last seen on December 21st. This bird represents the 1st record for Northampton County and only the 2nd documented record for Pennsylvania! 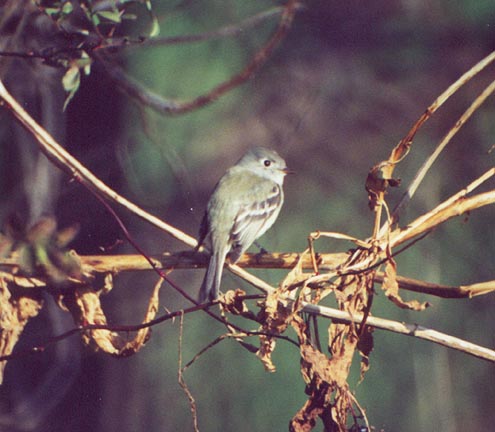 This rear view shows the primary projection, which extends about a third of the way down the notched tail. 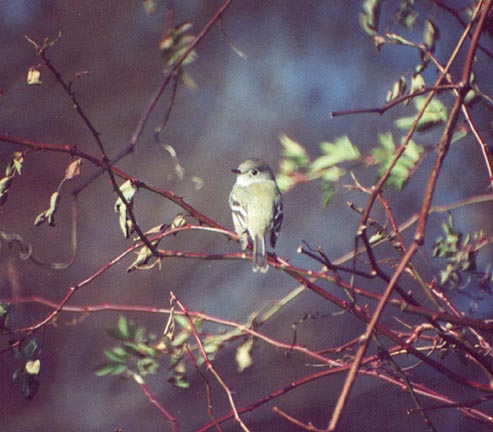 Here, the bird is stretching its wing, exposing the primaries.

Note the yellowish wash on the belly in addition to the ‘teardrop’ behind the eye and the tiny bill. 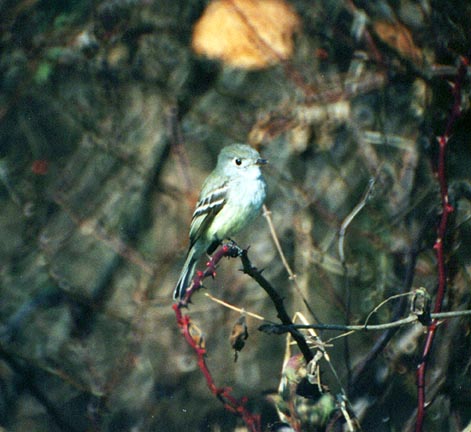 All documentation can also be submitted directly to the Secretary at:
Tessa Rhinehart, Secretary
tessa.rhinehart+PORC@gmail.com

If you have any questions, don't hesitate to contact the PORC Chair at:
Holly Merker, Chair
hcybelle@gmail.com