Note: This species is NOT on the “Review List” but is shown here since it is notable. All records are listed in reverse chronological order.

Ross’s Goose — Middle Creek Wildlife Management Area, Lancaster County; March 6, 2010. Photos by Rick Wiltraut. These photos are of the much rarer blue morph Ross’s Goose. Note the black back and white wing coverts in addition to the stubby, triangular bill. 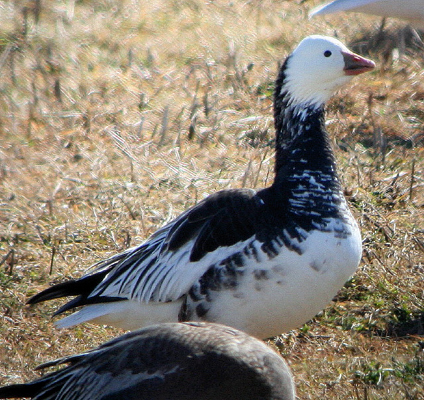 Ross’s Goose — Green Pond, Northampton County; April 10, 2005. Photo by Dave DeReamus. Note the stubby, triangular bill and smaller overall size compared to the Snow Goose on the left. This bird was found by Billy Weber on April 8th and stayed until at least April 14th, the latest Spring date for a Ross’s Goose in Pennsylvania. It stayed with about a hundred Snow Geese, a fairly large number for this late in the season. 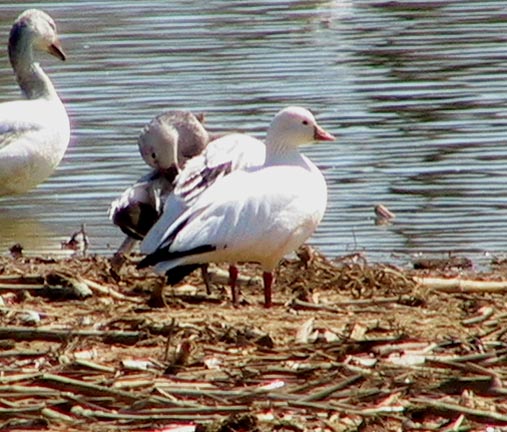 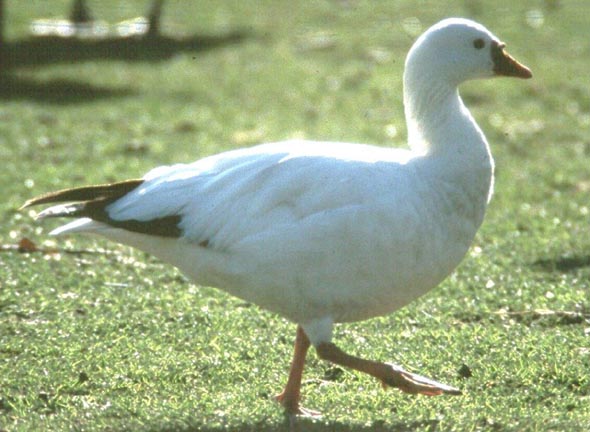 For inquiries about past records or the status of records under review, contact:
Emily Ritter, Secretary
ritterbird99+PORC@gmail.com

For any inquiries about the committee, contact:
Julia Plummer, Chair
julia@juliaplummer.com